Milestone summit on the way to Dawson Saddle

One of my favorite pictures of any Furnace Creek 508.

5th consecutive solo finish of the “Toughest 48 hours in Sport” the Furnace Creek 508.

Furnace Creek 2007 Fixed Gear Solo – at the time one of only 7 Fixed Gear finishers in 33 editions of the race. This is what you look like after 45 hours on a Fixed Gear bike over 35,000 feet of climbing and 508 miles.  Yeah pretty destroyed. By far one of my proudest achievements!

During Race Across America 2007

During Race Across America 2007 in Monument Valley

My Cervelo P3C that I use on Ultras 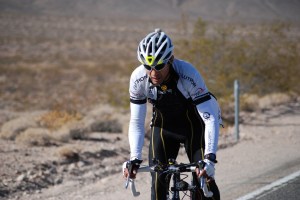 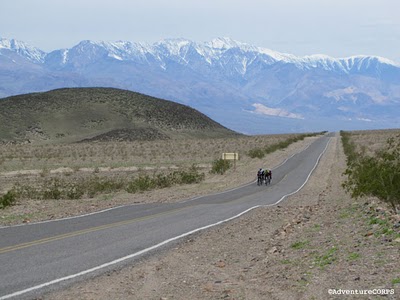 Custom Steel Serotta CSI aka Sarah.  I tell people if someone held a gun to my head and said “you can only keep one of your 10 bikes which one would it be?” Without hesitation or reservation my answer would be “Sarah!”

The oldest bike in my stable.  A 1988 Bianchi lugged steel.  Like a dummy I took off the steel fork that came with it when some young kid in a bike shop said “Why are you riding a steel fork …EVERYBODY is riding carbon forks now.  You will shave 2 lbs off the weight of your bike immediately!”  I wish I still had that fork now 😦