April 2, 2020 and REV Endurance Sports is selling more smart trainers than we have ever sold before!  One of the most common questions I get asked is “what is the difference between the Kickr and the Core?”  the immediate follow-up question is usually “Is the Kickr worth $300 more?” So I thought I would put together a blog post to answer those two basic questions. I also would like to share it as ready reference with my customers in the hopes that together we can make an informed decision and the appropriate choice.

WHAT IS A SMART TRAINER?

Let’s begin with simple things first.  Why a smart trainer?  A smart trainer will allow for 3rd party apps (Zwift, TrainerRoad, Sufferfest and FulGaz just to name a few) to control the resistance of your trainer as you ride in a virtual world.  It makes indoor training much more fun and the resistance makes for an incredible workout.  You can ride with your friends in this virtual world or make new friends worldwide.  Below are images of the two trainers we will discuss in this post, the Kickr and the Core

WHAT IS A DIRECT DRIVE TRAINER?

Both trainers feature direct drive technology and don’t need a training wheel. Direct drive means you take the rear wheel off of your personal bike and attach your bike to the trainer.  The trainer will have a cassette attached to it. More on that later… A few benefits of a direct drive trainer include but are not limited to:

Smart trainers are much more expensive than traditional wheel on trainers.

The Core is the mid-range trainer $899

Wahoo has increased the flywheel of the Kickr 2018 to 16 lb or 7.25kg. Why would this increase be important?  The bigger the flywheel the more inertia and more realistic the road feel.

In comparison, the Kickr Core has a flywheel weight of 12 lb or 5.4kg.  If you have been following the Wahoo Kickr product for a while you might recall it had a similar size back in 2016 and 2017.

The Kickr 2018 can provide 2,200 watts of resistance. That is a HUGE amount of watts which is more compatible with professional cyclists than us mere mortals.  This 2,200 watts capacity is enabled by the larger flywheel.   Many of us will never need that maximum wattage on our trainers but it’s nice to know it’s there for you when you achieve that level. By the way, track sprinters are known for massive wattage a Kickr might be more appropriate for them.

By comparison, the Kickr Core offers 1,800 watts of resistance.  How does that compare with trainers from other brands? It is more max wattage than the Elite Directo (1,400 watts) and Tacx Flux 1 (1,500 watts).

You’re in luck when it comes to the Wahoo ecosystem.  The Climb, which simulates a climbing grade and the Headwind, Wahoo’s fan are both compatible with either unit.  The only difference to consider is the Core will only allow the rider to climb up to 16% grade while the Kickr will allow you to climb a 20% grade. All of us have watched world tours. There are many iconic climbs that do not reach 16% grades.  There are very few 16% plus grades like during the Giro d’Italia such as Monte Zoncolan and Passo di Mortirolo.  If you aspire to climb those then the Kickr is more suitable.  I do need to tell you that a 10% grade with 100% reality setting on your Zwift app will feel VERY VERY difficult … in my humble opinion it feels much steeper than reality.

As mentioned above, both units are optimised to work with the Wahoo Headwind and Wahoo Climb. Connection via Bluetooth or ANT+ is easy, and the units allow you to do both at the same time. External apps like Zwift and TrainerRoad work seamlessly.

LIVING WITH A KICKR OR CORE

The bigger flywheel will make the Kickr a heavier unit at 47 lbs or  22kg.  The Kickr is well designed, in fact, the handle is well placed and makes the 47 lb unit fairly easy to move around.  Most users will dedicate a room, euphemistically, pain cave, where the trainer will reside.   If you do have to transport it in your vehicle or store it daily the legs fold flush against the body of the unit.

Kickr Core is lighter by about 7 lbs at 40 lbs.  A little assembly is required when you unbox it such as bolting on the legs (one time).  The back legs don’t fold on the Core only the front legs fold in.   Core does not have a handle for transport. I don’t know about you but a 40 lb object without a handle will take some careful handling.

The biggest selling point of the Wahoo updated range is the new drive belt, which is pretty much silent, thanks to a new ribbed belt design. The noise level is important if you are an apartment dweller or maybe your pain cave is next to your child’s room.

The Wahoo Kickr 2018 remains one of the best trainers on the market and pretty much created this space. It is the industry leader and is often used as a benchmark by which other trainers are measured. The Kickr Core represents great value, with a decent flywheel but without the practical extras of the Kickr. Are you still asking yourself but what is the $300 difference well let’s see if I can make it more succinct for us.

The Kickr is more stable

Doesn’t need assembly out of the box

Folds up for better storage

Easier to transport because it has a handle

Comes with a cassette included

You can purchase your Wahoo Kickr and Core through our website! 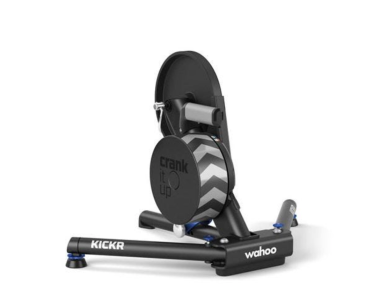 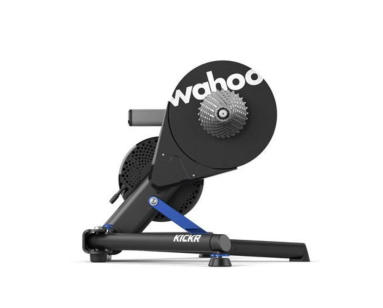 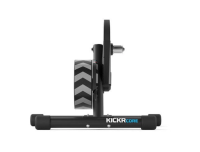 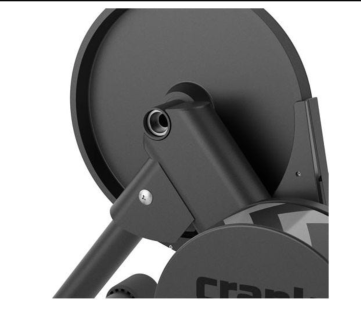